With National Women’s History month well underway, we wanted to take a moment to celebrate the women who have made lasting impacts on the HVAC, plumbing, and electrical trades throughout the years.

Women in the Trades: An Overview

Women entered the world of skilled labor back in World War II, when millions of men joined the armed services. With men no longer in their usual roles, women stepped up and into those jobs. This shift paved the way for a legacy of women in trades work.

Yet, women still make up a stark minority of these jobs, even now, over 90 years later. According to the National Association of Women in Construction (NAWIC), women make up only 9% of the construction labor force. At Haller, we want to be a part of the movement to change that.

In the last century, several key women have established careers in home services and construction, pioneering an encouraging potential for the industry workforce to come.

Parker changed the face of the HVAC industry forever when she patented the gas heating furnace in 1919, which included the idea of using ductwork to distribute heat: a concept that’s used today to heat homes and buildings around the world.

As the first woman to earn an electrical engineering degree from MIT, Clarke was and continues to be remembered as a female trailblazer in both STEM and trades work. She held a long career as an engineer at GE, where she invented the Clarke calculator, a device that solved issues with electric power transmission lines.

As the very first certified master plumber, Baumbach Jacobs is an icon in female tradesmanship. In her time, the concept of women in the plumbing industry was novel, even laughable. So, Baumbach’s passing the certification at age 21 with one of the highest scores in her class was an incredible feat that continues to inspire.

As the first American woman to earn her professional Mechanical Engineering degree and a member of the American Society of Heating and Ventilation Engineers, Ingels is a staple in the industry’s developmental history.

Among her contributions is the development of the modern AC system, via her discovery of a more effective temperature scale that takes humidity into account, allowing for more optimal comfort. That scale is still used today.

Vincent, a City & Guilds qualified electrician, followed her passion and will by training with senior electricians in her local area in her late twenties. She went on to found her own electrical services business, Kelly Electrics, for which she was recognized as a finalist at the Women in Construction Awards (2014).

As the Vice President of Business Development at XL Construction (ENR California Contractor of the Year), Hallgrimson works towards the company mission to Build to Improve Lives. For her contributions to and leadership in the industry, Hallgrimson was invited to speak at the Women in Construction World Series Online Festival last year.

These are just a few of the women who have put in hard work to overcome the gender gap in our industry. They are proof that women make up an important part of our workforce, from plumbers and electricians to dispatchers and leadership, and we’re grateful for that!

The Tradeswomen of Tomorrow

During this month of March, we stand with and lift up women in the skilled trades labor force. In light of the fact that an estimated 3 million open jobs will sit unfilled in the skilled trades by 2028 (according to USA Today), the earnings and growth potential in this industry is flourishing. Haller is committed to encouraging women to take advantage of this growing opportunity.

Encouraging the next generation of tradeswomen

Through professional development and training programs in our very own in-house training center, HallerU, we intend to encourage and support women to join the trades. We aim to set up rising female technicians and close the gap between genders in our industry, growing the next generation of female home service experts. Learn more about HallerU and our career opportunities.

Ready To Talk To A Home Service Specialist?

Haller Beyond the Enterprise: How it All Began

It’s easy to think that Haller Enterprises is just a group of highly skilled technicians who know their way around...

Depending on the problem, it can be difficult for many heating, cooling, plumbing and electrical companies to complete your repair...

At Haller, our vision is to redefine the contractor-customer relationship. One way we are doing that is through XOi –...

Have you ever noticed how your car alerts you whenever there’s an issue? Usually it’s in the form of a... 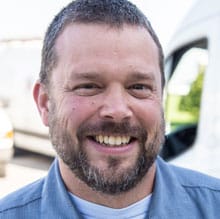 Need Help? Chat with an Agent & Schedule a Visit!